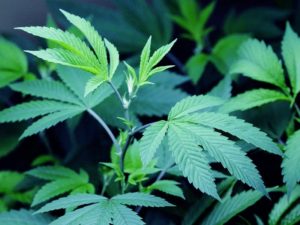 Ben Cort’s passion for recovery, prevention and harm reduction comes from his own struggle with substance abuse. Sober since June 15, 1996, Cort has been a part of the recovery community in almost every way imaginable — from a recipient to a provider to a spokesperson. Cort has a deep understanding of the issues and a personal motivation to see the harmful effects of drug and alcohol abuse minimized.

Cort’s first book, Weed, Inc.: The Truth About the Pot Lobby, THC, and the Commercial Marijuana Industry, was released in September 2017. He resigned from his position with the University of Colorado Hospital in their chemical dependency treatment service line in January 2017 to focus on marijuana education and consulting in the substance use disorder treatment field.

In Malta, the Parliament of Malta recently approved the Production of Cannabis for Medicinal Use Act, allowing for the creation of medical cannabis products for sale both locally as well as abroad.  Three weeks earlier Malta passed another bill that legalised medical cannabis.

Following the passage of Coloradro (United States) Amendment 64, which outlined a new state-wide drug policy for cannabis, Cort was appointed to the Board of Directors of Project SAM (Smart Approaches to Marijuana) as well as NALGAP (the National Association of Lesbian, Gay, and Transgender Treatment Providers and their Allies). Cort’s intersection of recovery and public policy makes him frequent guest in the media and he outlines the serious dangers and pitfalls of this so called industry.

We hope we know what we are going in for.

The message of Pope Francis is clear, the way of the Gospel, to welcome, protect, promote and integrate.

This does not mean that the State does not exercise its duty to maintain security in our country and to ensure that migrants and refugees learn to appreciate our culture, traditions, values and way of life. However, these latter aspirations are more easily done by us then State officials. As we interact with them, in our parishes, our circle of friendships, our homes they come to respect us, and see us for who we are, a generous and friendly people.