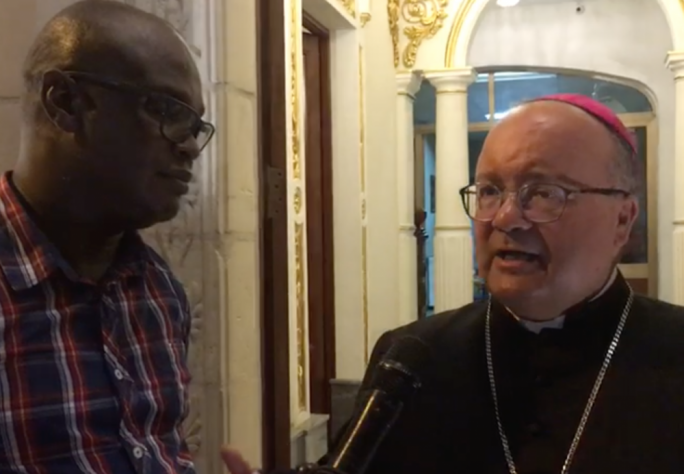 Malta Today on Sunday carried out a story that the Marsa Holy Trinity Band Club had adopted “a members only” policy that however did not apply to Maltese people not members to the club.

However, MaltaToday knows of at least one case when a black person, who happens to be Maltese, was refused entry on the basis of a members-only policy.

Ahmed Bugre, a black Maltese national since 1990, director of the Foundation for Shelter and Support to Migrants (FSM), and a practising lawyer and pastor, was refused entry to the club last July.

He recounts, “I was meeting two friends in Marsa and I decided to go have a coffee in the square. I did not want to go to another shop as I didn’t feel that the appropriate hygienic standards were met, and so I decided to go to this band club. As soon as I walked in I could feel their eyes looking at me, and I knew exactly what was going to happen… I was so upset that I didn’t even say anything. I know that if I had quarrelled with them, it would make it even harder for the next dark-skinned individual who unsuspectingly walked in.”

It appears that the individuals responsible for running the bar that day asked Bugre and his friends to leave the premises because the place was only for members.

Band club President Clinton Sammut when contacted had denied the existence of a members, insisting the premises was “open to all”.

Mons. Charles J, Scicluna was scheduled to celebrate mass at the Marsa parish church yesterday evening and asked Bugre to join him. After the mass, the Archbishop and Bugre, accompanied by the parish priest went Mons. Carmelo Aquilina, went over to the Holy Trinity band club where they met committee members.

In comments to the media the Archbishop said the meeting helped bring together different parts of society, in an effort to increase understanding between all sides of the community.

“The informal meeting helped us in understanding better the needs of the community like hygiene and respect, in an effort to achieve a more meaningful integration,” Scicluna said. He insisted the discussion started today should continue.

Bugre praised the Archbishop’s efforts in bringing together the club’s officials and himself. “The band club officials showed willingness to help solve this issue and have committed to moving forward with the migrant community,” Bugre said. 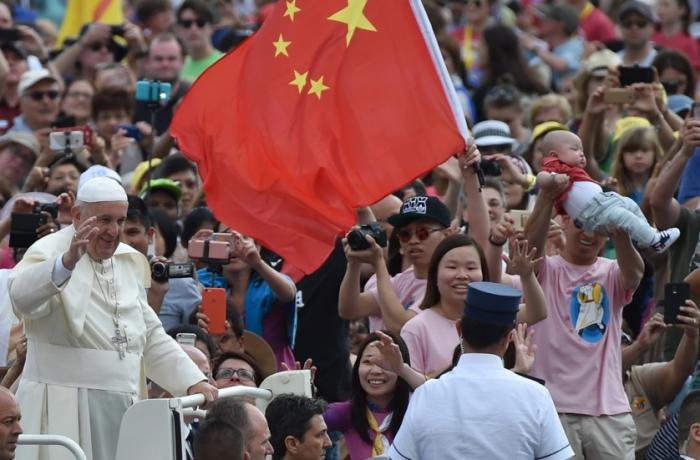 A Provisional Agreement on the appointment of Bishops was signed by the Holy See and the People’s Republic of China, in the hope that it will contribute positively to the life of the Church in China, the good of the Chinese people and peace in the world.

The Provisional Agreement, has been agreed following a long process of careful negotiation and foresees the possibility of periodic reviews of its application. It concerns the nomination of Bishops, a question of great importance for the life of the Church, and creates the conditions for greater collaboration at the bilateral level.

As of yesterday, for the first time all the Bishops in China are in communion with the Bishop of Rome. In fact, on the day the Provisional Agreement on the Appointment of Bishops is signed by the Holy See and China, Pope Francis decided to readmit into full ecclesial communion eight Chinese Bishops that had been ordained without the Pontifical Mandate.

Pope Francis hopes that, with these decisions, a new process may begin that will allow the wounds of the past to be overcome, leading to the full communion of all Chinese Catholics.

The accord was signed in Beijing during a meeting between China’s deputy minister for foreign affairs, Wang Chao, and the Vatican undersecretary for state relations, Monsignor Antoine Camilleri, a Maltese prelate.

The agreement comes in a period that has seen China’s government most intensive crackdown on Christian congregations in Beijing and several provinces, destroying crosses, burning bibles, shutting churches and ordering followers to sign papers renouncing their faith, according to pastors and a group that monitors religion in China.

Chinese law requires religious believers to worship only in congregations registered with the authorities, but many millions belong to so-called underground or house churches that defy government restrictions.
Chinese Catholics that had been faithful to the Holy See and refused to join the state Chinese Catholic Patriotic Association where also considers part of underground Christianity and who paid the price of remaining faithful to Rome during years of persecution.

There was also no immediate mention in the deal of the status of several underground bishops named by the pope, however Pope Francis has expressed the hope that the agreement will assure a new impetus towards healing and reconciliation.

Is this the deal everyone had hoped for, certainly not, and also the Vatican admits that this is a step in a long journey, but an important step none the less. ‘The objective of the Holy See is a pastoral one.’ as emphasised by Cardinal Pietro Parolin, Vatican Secretary of State, when commenting on the Provisional Agreement on the appointment of Bishops signed by the Holy See and the Republic of China.

China Communist Party is not the easiest to handle especially in a moment when the ruling Party is actually cracking down on religious freedom to consolidate its power.   The Vatican is hoping to build a bridge of trust, and to help to create the condition, of a greater freedom, autonomy and organization, in order that the Catholic Church can dedicate itself to the mission of announcing the Gospel and also to contribute to the wellbeing and to the spiritual and material prosperity and harmony of the country.

Let us remember that Pope Francis for year as a Jesuit Provincial Father and as a bishop pastored to the Argentinian community under totalitarian regimes.  The Church cannot run away from these situations and abandon the faithful to make political stands, its mission is first and foremost a pastoral one and not political. 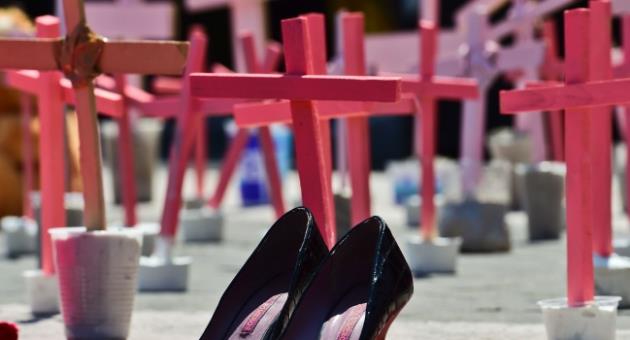 Catholic Voices Malta associates itself unequivocally with the 36 organisations that joined forces to condemn femicides.

We are saddened to see that yet another woman has been killed in her home within weeks of the previous murder, making this the fourth femicide this year in Malta. Since 2000, for every 4 femicides in Malta, 3 have been murdered by partners/husbands, ex-partners/ex-husbands or a close family member.

Despite the implementation of the Istanbul Convention in our laws, we are angered by the fact that women’s lives are still being taken away by those that claim to love them because the very authorities that are meant to protect them are not ensuring their safety and protection.

Living free from violence is a fundamental human right and it is the State’s responsibility to see that this human right is upheld. It is a tired and worn out assumption that femicide happen because victims do not seek help.

Countless victims try to access protection and justice services with no success and it has become an unacceptable state of affairs to have women that are on daily basis being forced to live in violent situation in their homes.

We therefore call on the State to ensure that:

1. Domestic violence is dealt with the seriousness that it deserves. It is not a private matter but a crime that affects us all as a society;

2. The state adheres to its positive obligation to ensure that all women and girls are protected and live free from violence;

3. Risk assessment tools are identified, codified and that ALL police officials, including front-liners in our police stations receive the necessary and good quality training to recognise domestic violence and understand the correct procedure that should be followed since the enactment of the Gender based Violence and Domestic Violence Act, to evaluate risk and ensure the safety of the victim and other family members;

4. Different government departments, agencies and ministries work in cohesion to implement processes and strategies that will bring a measure of safety to victims and hold perpetrators accountable;

5. Courts see all cases of domestic violence through to the end, holding perpetrators accountable, even if the victim feels pressured to refrain from testifying against the perpetrator;

6. Police officials have the necessary tools, such as body cams, to gather additional evidence during house calls.

7. A clear political commitment, an adequate budget, a well-resourced unit whose members focus and work exclusively on the issues of violence, and clear targets with strict timelines that are monitored.

In the current situation, the next femicide is just waiting to happen. How many more women need to die before violence against women is truly taken seriously? 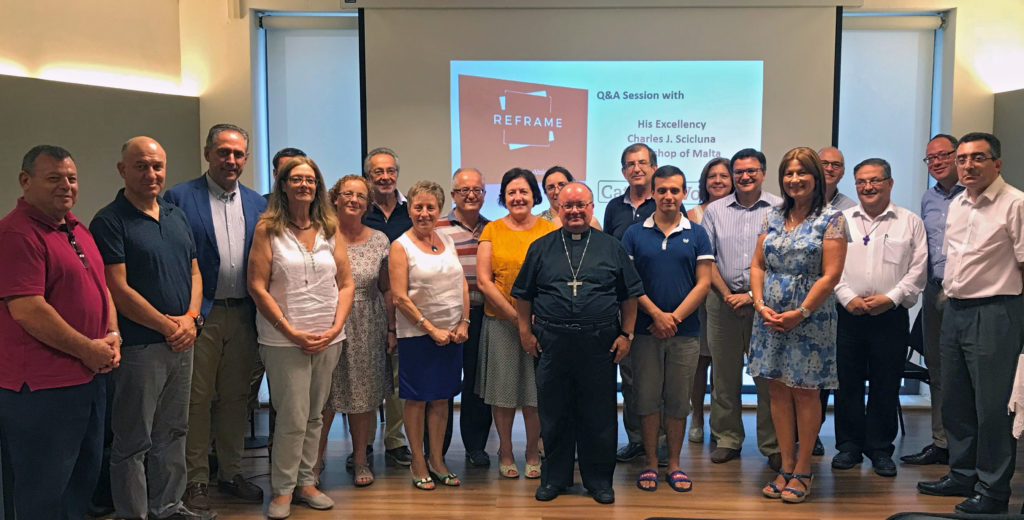 The group, concluded a training program supported by Catholic Voices UK and includes lawyers, home-makers, members of the medical profession, educators, entrepreneurs, a social worker, an architect and a psychologist amongst others.

The group met H.E. the Archbishop of Malta, Charles Scicluna, who spoke on the need to engage with a dialogue with the Maltese society, seeking to win hearts rather than the minds of people. (attached photo)

Catholic Voices embraces the challenge that Pope Francis makes to all the laity: “Given today’s “throwaway” culture and so many problems unfolding in the world, “Do I as a Catholic watch from my balcony? No, you can’t watch from the balcony. Get right in there!” Pope Francis, 30th April 2015.

Recent surveys have shown that 94% of the Maltese population still identify themselves as Catholics.  Catholic Voices Malta seeks to represent their voices, aspirations and the values, for the greater good of all Maltese society.

Speakers from Catholic Voices are available to participate in news and discussion TV and Radio programs, debates and other forms of engagement with society.   Producers and broadcasters can invite our participation by sending an email to info@catholicvoices.mt.  It would be our pleasure to meet you.

Catholic Voices will also start a series of training courses in parishes to inform better Catholics on the positive message and relevance of Church teaching to today’s society.

Catholic Voices is a project which began in the UK in 2010 to improve the Church’s representation in the media, above all in news programs and debates, in preparation for the UK visit of Pope Benedict XVI. Since then the project has grown in many ways in the UK and has spread quickly around the world: so far over 20 CV groups have started in different countries in Europe, the Americas and Australia.