To be clear from the outset, this issue is not about LBGTIQ people, I respect their choices and God loves us all irrespective of our gender or how we feel.

Facts of the case

However, I was quite perplexed when I read the news that, not one, but two ministries issued a joint statement, to condemn frankly “their own spin”, falsely claiming that a singer on the X Factor programme, Matthew Grech, made some sort of promotion of conversion therapy for gay people.

Excuse my harsh words but factually the ministries’ claim is simply untrue. I personally heard what Matthew Grech said – he talked about a very personal spiritual experience that changed his perception of life and sexuality, and affirmed that God intended sexuality for marriage, which as he emphasised within the Christian context is between a man and a woman and that sex outside marriage is a sin.

I don’t know, maybe what he said was not music to the ears of Minister Dalli and Minister Bonnici, but certainly whatever he said did not justify the disproportionate reaction and the attack that followed on this person through the statement and the social media.

Matthew in no way tried to impose his beliefs, to which he has a fundamental right not only to believe in but also to pronounce publicly. Frankly what he said is not much different to what Pope Francis said on same sex marriage in his Exhortation Amoris Laetitia where in verse 42 he states “We need to acknowledge the great variety of family situations that can offer a certain stability, but de facto or same-sex unions, for example, may not simply be equated with marriage.”

So while the State may have decided to do so under the standard of “live and let live”, within the same standard Christians have the right to believe and live differently. When Pink News on the 18th February 2013, reported the intervention of then Auxiliary Bishop Charles Scicluna to clarify some public misstatements being made on what the Church teaches on the matter by a devote Catholic, the article said, “The fact is that gay people are called to chaste love as any other person, whether married or single.” Bishop Scicluna maintained that “Gay people are not called to marriage which is the permanent union between one man and one woman open to the gift of parenthood,” but then added, “they are indeed called to chaste friendship and chaste friendship is chaste love.” His words should not be interpreted as an imposition on the general LGBTIQ community, but a pastoral guidance to Catholic LGBTIQ people seeking to live their faith.

Secondly, while Matthew Grech never mentioned conversion therapy the ministries still felt the need to introduce what they implied an ethical concept, and that the broadcaster should have somehow made a “call out” on the damage of conversion therapy during the same programme.
If indeed this has become an ethical media principle are we now to expect that expect broadcasters, newspaper editors and the like to “call out” say that “Abortion causes profound psychological harm to the mother and death to the child” whenever someone expresses an opinion in favour of abortion on any form of media? Interesting.

Minister Owen Bonnici, as report by the Times on the 12 July 2018, went into great pains to defend Jason Micallef with the Valletta 18 Dutch counterparts who like many in Malta saw as unacceptable the comments he had made on social media on St Patrick’s Day, when he poked fun of Daphne’s last words, before her macabre murder. Bonnici saw no issue with these words and quoting from the article that reported the event he said “I will never ever, even by a whim of thought, do something which conditions the way a person speaks or exercises his freedom of expression.” It seems “I will never ever” no more Minister Bonnici, as you have done with poor Matthew Grech.

Human rights are not for governments to decide who can exercise them and when. Contrary to what Minister Dalli seems to expect we have no obligation to try and understand what “responsible” for her means before we us mortals speak, especially when in Parliament she claims that she has little time for us who argue in favour of free speech. Where is this government going with this? Minister you are so wrong. It is all about Freedom of Speech.

Human Rights actually are there to protect us from those that try to deny us these rights especially governments who want to censor anyone that does not speak from their hymn sheet, and do this by making arbitrary imposition in the name of “responsibility”.

And who may I ask decides what is responsible? Government? Where are those who stood up for Charlie Hebdo, (actually the 12 journalists murdered)? I think we all agree that the satirical magazine was to say the least offensive towards Muslims, Catholics and other people targeted, but I recall everyone even the government was quick to issue statements upholding the right freedom of speech. No talk of “responsibility” then.

This government has gone so far as to remove the vilification of religion from our criminal code. So for this government it is OK to offend Catholics, Muslims and people of whatever belief, but not say anything that affirms the beauty of marriage between a man and a woman because this may confuse 15 or 16 year olds we claim to be so mature that they should be close to or allowed to vote? Are we serious?

Freedom of thought and religion

Article 18 of the Universal Declaration of Human Rights declaration is very clear, quote, “Everyone has the right to freedom of thought, conscience and religion. This right includes freedom to change one’s religion or belief, and freedom, either alone or in community with others and in public or private, to manifest his religion or belief in teaching, practice, worship and observance”. Note the right is not only to believe but also to manifest it publicly.

I hope the poor producers of X Factor caught in this unnecessary cross fire realise that when (as the Times claimed) they accepted to be “forced” by some government official, and to remove Matthew Grech’s interview from their social media channels, they have effectively contravened Article 19 of the Universal Declaration of Human Rights to which Malta is signatory and which states, “Everyone has the right to freedom of opinion and expression; this right includes freedom to hold opinions without interference and to seek, receive and impart information and ideas through any media and regardless of frontiers“.

I suspect that they are now considering imposing some sort of rules about what a contestant can or cannot say on the TV show, or worse use unfair editing to cut out comments that the might think Minister Dalli and Minister Bonnici would not like, or worse interfere in what contestants actually say if they want it aired, I hope they appreciate that these are all breaches on the participant’s fundamental human rights, that are not granted to us by the Government.

Nobody found objection to the lesbian couple appearing ironically right after Matthew, and telling us of their beliefs and love for one another. Good luck to them, why should anyone be offended with them or with Matthew?

Expressing one’s beliefs should not offend or confuse anyone, even less being accused of untold damage. What an exaggeration!

The separation of State and Church

Minister Dalli is Minister for Equality, the right for equality for each and every one of us and not just one group, including Matthew Grech. She is obliged to protect Matthew, his dignity, rights and freedom to choose whether he wants to remain gay, and not expose him to the ridicule of the social media trolls that are always happy to jump on the bandwagon of the ministers’ unfair comments and bash the individual.

As a person who believes in freedom of speech and the freedom of religion I condemn with the same measure of force those who are trying to silence Matthew Grech. 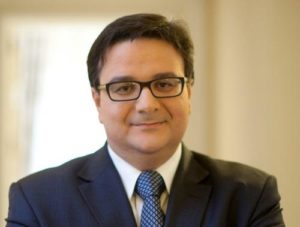 This is an article that appeared on the Malta Independent Monday 29th October 2018.