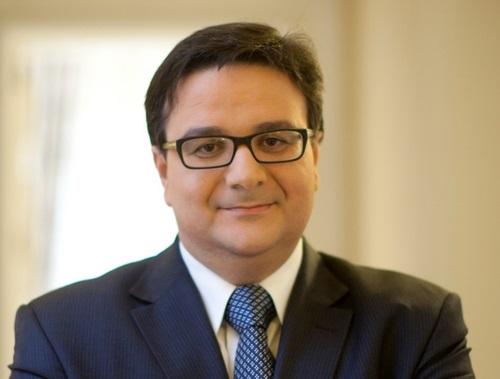 Former Finance Minister Tonio Fenech has issued a warning about Malta’s current economic boom, highlighting that the economy needs better management as while the country registers positive economic growth, a number of negative impacts are also visible and growing.

Recently Fenech, through the group Catholic Voices Malta, highlighted certain concerns about the Maltese economy. Responding to news reports regarding the importation of workers from Turkey to work on construction projects, Fenech asked: “Why are we over-building our country in the name of economic growth and job creation. We are building mega high quality projects as though all the rich people in the world will come to live in Malta, while causing shortages in the housing market that caters for lower to medium income families and first time buyers making prices unaffordable – and the jobs created for whom? Foreign workers paid €800 per month?”

Talking to The Malta Independent on Sunday, Fenech questioned what the impact of Malta’s current economic reality is, which, while having positives such as economic growth, is also having negative impacts.

“Unfortunately, in my opinion, what we are seeing today is an economy growing from sectors which, in themselves, over-expose the country to other pressures. Development was always a component in the country’s economic development. However, injecting a significant pipeline of large projects into the economy which in itself creates economic growth – as construction alone creates such growth – one needs to question what impact this will leave on the economy at large. In order to sustain the economic growth we are seeing in terms of construction, we are simply increasing significant pressure on the need to import labour. We are solving the problem of building all these projects by importing labour which is evidently being brought in at very cheap rates.”

He said that when importing cheap labour to sustain economic growth, in terms of the theory of supply and demand, if supply is meeting demand at a low price, then these low wage levels become the benchmark for the rest of the economy. He said that Maltese workers who aspired to have a better a wage while working in the construction sector are having their ambitions frustrated, “as they will be told they are not needed as workers paid €800 a month could be brought in from abroad to carry out the same work”.

He said that many question why they do not see Maltese working in jobs like construction or in the restaurant industry. “The only reason is that this demand is being satisfied by cheap labour imported from abroad, and the Maltese, aspiring for a better quality of life would most likely be paid even lower than they used to be in those same jobs.”

So in reality, who is benefiting from this economic growth? The country’s economic strategy should have Maltese families as its core focus; in reality, it is not benefiting Maltese workers, but only benefiting the major companies undertaking these major projects, he said.

A second major impact in relation to this reality is the housing required to support imported labour, he said.

“This is a complex situation as we have these mega projects being constructed, not for the average income families, but for foreigners able to purchase or rent at substantially high prices in five-star locations.”

He said that most people coming to Malta for work look to live in more reasonable priced housing. He said he is not just referring to construction workers, but also the much higher paid sectors like the online gaming industry. “We’ve even seen comments from companies in the online gaming sector that the rents are becoming so high that employees they try to bring to Malta are finding it unaffordable. Now everyone knows that the online gaming industry pays good wages. So if these people being paid good wages cannot the rent prices in Malta, what about the families who do not work in the gaming sector?”

“Does this mean we are xenophobic and that we don’t want foreigners? No it doesn’t, any economy needs an element of foreign workers, but when one looks at how an economy evolves, and if the primary purpose is the wellbeing of Maltese families, then we should not take economic measures which overheat the economy and create social problems to families . An economy requires pacing.”

“We are not seeing the pacing of projects and it seems that the authorities have decided to give blanket approvals to massive projects, all coming up at the same time, which in itself is overheating the situation,” he argued.
Asked whether, theoretically, Maltese would go for more well-paid jobs, he said he hopes they will be able to find such jobs, but the rates of say early school leavers is still an issue. “The unemployment rate is low but this does not mean that the level of wages workers are paid is adequate. Unfortunately, with the pricy rise in the property market, people with an average wage are finding it difficult to buy. Even rents are very high. When you talk about paying €1,000 a month for a decent apartment… how many people earn €20,000 to €24,000 a year? There are also many people buying property to rent, and this is also creating an artificial demand. People think that as many foreign workers are coming to Malta, they purchase a property, fix it up and rent it. But this is only sustainable as long as more and more foreign workers continue to come to the islands.” He questioned whether the country’s infrastructure could handle this, and highlighted the environmental impacts such a situation could create.

“At the moment we are attracting a lot of business in the online gaming industry, in blockchain and Fintech, which is all well and good, but they are very volatile industries.”

Asked what could be done in order to minimise the issues he mentioned and the negative impact of the current economic boom, he said there are measures which can be taken, like pacing the projects approval process.
He said that, in terms of the number of foreign workers, the government needs to study the situation in order to ensure that this policy is not having a counter negative impact on housing markets, unreasonable low wage pressures and rights.

“The Prime Minister had said that we need this in order to sustain pensions, but I question this argument as the current party in government, when they were in Opposition, used to say there was no pension issue. So why is this argument being thrown at us as the reason to accept this economic strategy?”

If one looks at what other countries did when it came to importing labour, they were more restrictive, he said. “First of all we have opened our doors to anyone in the world when we are already in the EU. Obviously, contractors would prefer to bring in workers from outside the EU as wages would be lower. If you leave it in the hands of developers and the business community, they will go for the cheapest option as their motivation is, obviously, to maximise profits. That is why we need a government that will balance the drive for profits with other social aspects that meet our economy.
“In reality, with the present economic growth rates wages should also be increasing more meaningfully, because theoretically increased wage demands are met. This is not happening because in terms of cheap labour the sky seems to be the limit, so the demand and supply is distorted. You cannot have an income policy giving a €1 increase per week increase over three years beyond the COLA.”

The benefits of the economy need to be shared and the pressures managed. Even in terms of the number and size of projects we approve each year, they need to be seen in the context of the wider impact on society, Fenech explains. “This is also in the interest of all the developers as at some point supply and demand will kick in, and, if the demand for such apartments does not meet a situation of over-supply, there could be a significant impact. Are we making the mistakes of the countries that crashed before us?”

If you overheat an economy, you could create income disparities and inflation which does not match wage increases, meaning that people effectively become poorer, and that is a problem the property situation is creating, he said. “Who is addressing the issues of medium-income families who cannot afford purchasing their own home? We need affordable housing for people who used to, traditionally, afford such housing. Home ownership needs to remain at the centre of public policy”