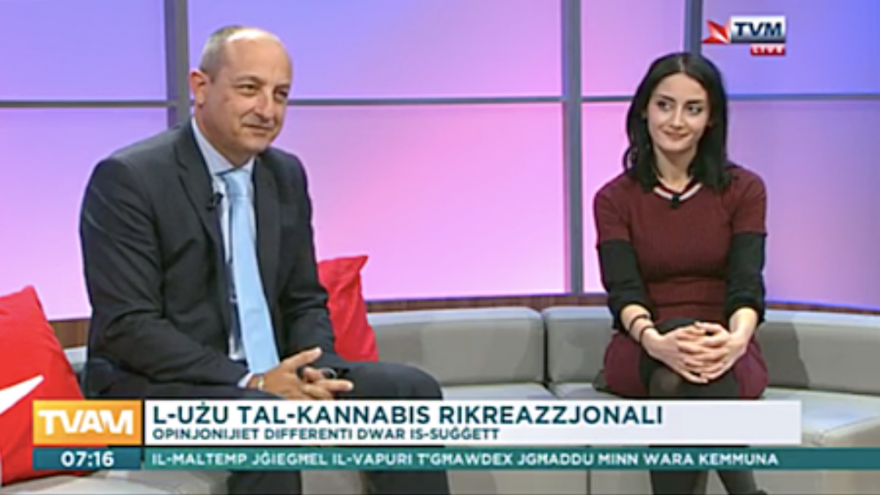 What next to be sacrificed at the altar of money in our country?

The good name of our country, our environment, whatever we understand by good governance, national objectivity, our values, business integrity, you name it, as long as it makes money, sell or sacrifice it.

Our children will be the biggest victims of the remorseless neoliberal society we are sowing today.

The fast deteriorating environment to fill the pockets of the few, the spiral housing prices that are making the younger generation think more than twice whether to even consider marrying let alone having a family because they cannot afford it, the false belief and comfort that it will always be easy, the disconnect from the spiritual, making the fruits of a moral society like solidarity, ethics, care and concern for the common good and human dignity alien concepts that are perceived more and more as a hindrance to one’s personal achievements and happiness then what we should aspire for. In essence money is fast becoming the only god we worship … until it lasts.
However, the next sacrifice this county is being asked to offer in the name of money will not be a consequence for our own children, the next sacrifice at the altar of money will be our own children.

It seems that the big fish around this industry are telling the Government that this is not enough and that if “we want jobs”, then he needs to legislate also for recreational cannabis. Jobs? Do we really need these jobs? Is the Government not saying we are at full employment? Just days ago the Jobs Plus Chief (former ETC) told us that next year we need to import 13,000 more workers to sustain our economy as is. So jobs for who?

The Government concerned with the political back lash on this issue, is trying to dress its proposal as intended for “harm reduction”. Make no mistake about it, recreational cannabis is not about harm reduction but about a billion-dollar industry that wants to make money, to sell to a bigger consumer base. There is big money around this industry, with the reputable magazine Forbes in an article in March 2018, quoting ArcView Market Research and its research partner BDS Analytics, that over the next 10 years, the legal cannabis industry will see spending growth on legal cannabis worldwide hitting $57 billion by 2027. The recreational market will cover 67% of this consumption; while medical marijuana will take up the remaining 33%.

No wonder the big push is for recreational cannabis.

And who is the consumer target for this industry? Irrespective of the educational programs this Government is promising this year, the target will be our children, our young boys and girls, many in the more challenging phase of their life, pressured with exams, facing uncertainties and failings as much as success and fun. At an age more prone to the manipulative advertising campaigns that come like a tsunami and burry any educational campaigns, once cannabis becomes legal and mainstream.

The Government will tell you that it has a mandate because it bunched the proposal in an electoral program that if you look for it over the internet you will not find.

So I looked for what was said in the time of the last electoral campaign and what I found was the Prime Minister being quoted as saying that it was a high time that the country “holds a mature discussion on marijuana”. (Malta Independent 19th July 2017). A mature discussion is a far cry from electoral mandate.

However, the signs are that the Government’s mind is already set to legalise cannabis for recreational use, it’s just how

October last year, days before the Budget Speech, Parliamentary Secretary Julia Farrugia assured everyone that Malta was in no rush to follow Canada’s legalisation of recreational cannabis, but rather she emphasised that this year we should see an information campaign that highlights the dangers of drug use (MaltaToday, 18th October 2018).

To me the conclusion of that article is, we will educate your children to understand the dangers of cannabis but then we will allow the fat cats to tempt our kids into consumption, the polite word, ADDICTION the crude reality. But of recreational cannabis is safe why do we need of an educational campaign? The answer is simple, because it is not safe, one can easily become addicted, lose motivation for life and live and work only for that addiction and eventually when cannabis will not be enough look for the harder drugs that the criminals (who will always be with us) like vultures willingly provide.

Frankly the mind boggles me, we invest so much in our children, not only as parents, but also as a State from our taxes. A sizeable spend in education (not sure is spending it effectively enough, or indeed if enough, but that’s for another article) from the early years of child care, primary, secondary and a Tertiary system that even pays stipends, scholarship for postgrad, EU programs you name it we give it to them. We pass them through so much stress, (that I am completely against, but that we will be subject of another blog), because we want them to achieve. And when they are of age, we want to give them Cannabis … Seriously?

Dump all our love, protection, investment, to fill the pockets of who this predatory industry?

Last week PBS enters the fray, obviously on the instructions of the strategists thinking how to put in this piece of legislation without causing the stir and concern that indeed it should. PBS tries to feed us that it’s all ok by making a morning breakfast discussion, on the use of recreational cannabis.

Tagging the program as representing different views about the subject, we discover that the only two people participated in the debate, John Ellul, the Chairman for the Open Debate on Cannabis Legalisation, who represents no Open Debate or Society but is the Government consultant on the legislation being prepared to legalise cannabis and Graziella Calleja, ReLeaf co-founder, an organisation set up recently to promote the legalisation of cannabis. These “different” opinions in the program “agree”. Surprise, surprise.

As Lovin Malta’s portal reported “High-Ranking Maltese Official Lays Out Early Proposals to Legalise Recreational Cannabis”. The message John Ellul was sending was not the message of an openness to a mature debate that we were promised to have, but of a Government that already has its mind set with an advanced legislative proposal for the legalisation of recreational cannabis.

The program focused on age limits, giving equal access to cannabis users, registry for users and not on explaining the harm cannabis does, rather its effects were played down or not mentioned. The tack is very shrewd, Government is not interested in having a debate on whether or not we should legalise cannabis for recreational use, Government is simply interested in the how with the least political damage possible.

Clearly we are not in for an educational campaign we are in for a brain washing campaign to tell us it ok.

Will we here the views of Caritas, the Malta Association of Public Health Medicine (MAPHM), professionals and their associations like the Psychiatrists, Psychologists and the Sociologists. Are their opinions more important than those of declared lobbyists who have a big financial vested interest?
If the Government wants to talk about harm reduction, then the last thing to do is get in bed with an industry that thrives on creating addictions. Shut the door, throw the keys and send the pushers in jail.

We don’t need FAKE mantras like cannabis is a substance like many others, yes even cocaine, heroin, synthetic drugs, are substances. Re defining terms will not make cannabis less harmful.

I believe the Parliamentary Secretary when she says she is against the legalisation of cannabis for recreational use. She is a mother; I cannot think of a loving mother believing otherwise. Once we open the door, it will be difficult to close, industry will always come for more. They already want more.
I hope the Government will take heed of the warnings and positions of Caritas and the Malta Association of Public Health Medicine who have clearly expressed concerns on the legalisation of cannabis.

Let’s put the interests of our children first, there place is not the next sacrifice to the alter of money.

In the next blog I will tackle some of the arguments being made, and seek to understand better there implications.

Tonio Fenech is member of for Catholic Voices Malta