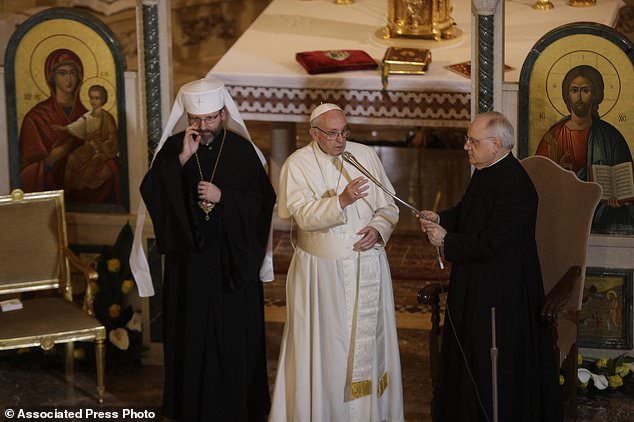 The Catholic Church is the oldest institution in the western world. It can trace its history back to nearly 2000 years. Today there are more than a billion Catholics in the world, spread across all five continents with particular concentrations in southern Europe, the United States, the Philippines and the countries of Central and South America.

Despite our diversity, what binds us together is our faith in Jesus Christ and our obedience to the Papacy. As Catholics we believe that the Pope is the successor to Saint Peter whom Christ appointed as the first head of His church. He therefore stands in what as Catholics we call the apostolic succession, an unbroken line back to Peter and has supreme authority.
Within the Catholic Church there are a number of individual churches, sometimes called rites.

In the 2,000-year history of the Church, several complementary expressions of the Christian faith emerged throughout the world, most prominently, the Western and Eastern Christian traditions. The Catholic Church continues these traditions, through constituent autonomous particular churches, also known as “churches sui iuris” (Latin: “of one’s own right”).

The largest and most well-known is the Roman Rite (Latin Church) and includes most of the Catholics in the Western world. Therefore, a Roman Catholic is a Catholic who is a member of the Roman rite.

The Maronite Church is another Eastern Catholic in its own right, with self-governance under the Code of Canons of the Eastern Churches. Officially known as the Syriac Maronite Church of Antioch, it is part of Syriac Christianity by liturgy and heritage.

The Chaldean Catholic Church is also an Eastern Catholic church. The Chaldean Patriarchate was originally formed out of the Church of the East in 1552. Employing the East Syriac Rite in Syriac language in its liturgy, it is part of Syriac Christianity by heritage. Headquartered in the Cathedral of Mary Mother of Sorrows, Baghdad, Iraq, since 1950.

These Churches are all Catholic, as they are in full communion with the Pope.

Pope Francis, right, and Greek Catholic Archbishop Sviatoslav Shevchuk deliver a blessing during the pontiff visit to the Basilica of Santa Sofia and to the Ukrainian greek-catholic community, in Rome, Sunday, Jan. 28, 2018. (AP Photo/Gregorio Borgia)