For months I have followed the never-ending drama of child sex abuse by members of the clergy in the Catholic Church. I have read formal reports, divergent opinions, awkward apologies, exasperated calls for justice, and poignant stories of victimhood. I have tried to put myself in the shoes of those suffering in silence; of the faithful indignant and confused; of clergy who feel shame; of perpetrators of abominable acts; of Church leaders responsible to oversee the horror.

It did not take long to realise that my categories were too neat: that abusers could themselves have been victims; that those entrusted to shepherd too often protected the institution over and above their flock; that those rightfully outraged were not just reeling at the disgrace, but maybe also desperate to blame; that some victims had been consumed by anger and could find no solace. 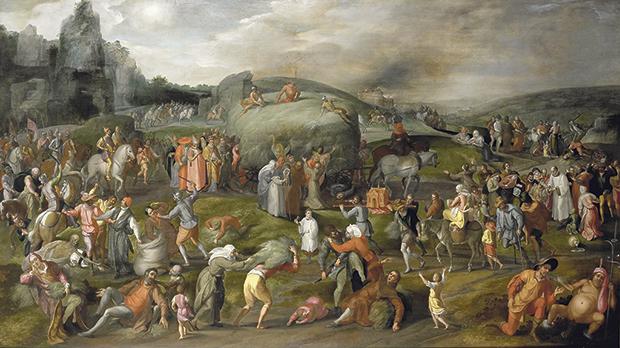 Allegory of Abuses by the Authorities of Church and State, an oil on panel painting by Flemish artist Gillis Mostaert, c. 1570-80.

I have wondered how an institution that teaches so eloquently about human dignity, that has done so much to improve the living conditions of countless poor, could hide so much rot. I have grappled with how the institution’s structure and relational dynamics created the conditions for systemic abuse of power and for exploiting the most vulnerable. Cynically, I have also mused whether the Catholic institution can survive this onslaught of its own making. But, as a Christian, I trust there is another story hidden in the innards of this tragedy. The real Church is no institution; rather, the systemic annihilation of all ‘institutional’ trappings is the medicine the doctor ordered. The Church as pilgrim people must be cut open, its cancers exposed, its sufferings endured. But the hope remains the constant one of purification – and not just from overt filth, but from the lies that we live as Catholics.

We profess that the Church is one, holy, Catholic and apostolic, not that it should be run like a monarchy or a corporation. It is a sweet (and sobering) irony that secular culture, the birth child of ‘Christendom’, teaches ‘the institution’ how to run its affairs with greater transparency and accountability. But the Church must still go beyond all binding human justice to become the body of Christ marked by the gospel.

The Church must atone for abandoning victims in our midst; for allowing the corruption of power to fester; for the structural sinfulness that failed to safeguard the vulnerable or to rein in the strong; for failing in our mission of witness of reconciliation. But in healing and atoning – with a power that is not our own, but of the Spirit – we must nurture new relationships, new ways of coming together, where victim, abuser and enabler face each other and are reconfigured as one body in Christ.

Nor is this a process that will ever be complete, as sin and brokenness remain deep in our individual hearts, and therefore in our relationships. This is why the process of healing must take unique routes for each member and for each diocese of the universal Church – even if in its essence, it remains the painful reckoning with the truth of my guilt, of my wound, of my innocence, of my complicity, in every heart, in every ecclesia, who desires the liberating experience of our being loved in our particular wretchedness.

This crisis can bring the Church to its senses, as it is stripped naked from all the trappings of worldliness that have made it a scandal to the world. May we re-awaken… humbled, honest and open to be re-conformed to bear witness to the reconciliation that Christ offers. 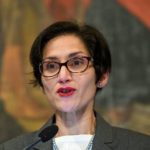 An inspiring article by Dr. Nadia Delicata a moral theologian and a senior lecturer at the University of Malta’s Faculty of Theology, that speaks of the sentiments of many Catholics in this difficult moment for the Church.

This is an Opinion piece that appeared on the Sunday Times of Malta, September 30, 2018