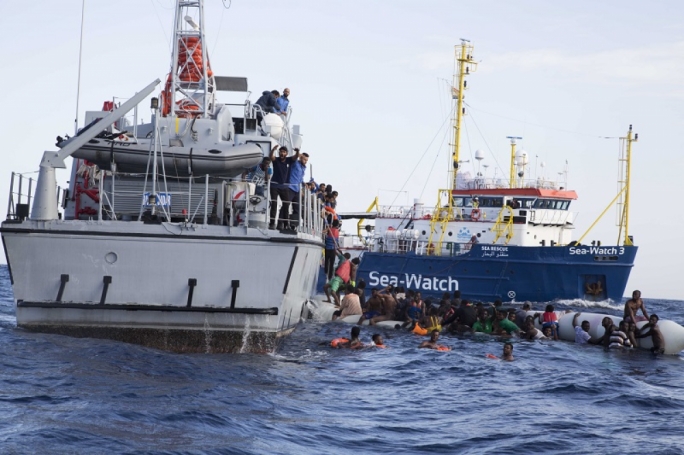 48 NGOs, including Catholic Voices Malta,  have voiced their heartfelt disappointment at the fact that no action has yet been taken on the stranded Sea-Watch vessel, with 49 migrants having been abandoned for 18 days.   As a united front we have called on the Maltese government to put people before politics and allow the two stranded rescue vessels with 49 migrants onboard to be given shelter in Malta.   As NGOs we met in front of Castille and asked for meeting with PM.

A spokesperson for Sea Watch International, the migrant rescue NGO, said earlier in the day that the psychological wellbeing of the migrants on board its vessel is deteriorating. The migrants have been on board the vessel since 22 December.

As NGOs we stood outside the Office of the Prim Minister at Castille and read our message to the Prime Minister, saying that this was indeed a European problem that requires a European solution but that this same argument cannot be employed in abdication of the nation’s responsibility to save lives.
“The duty is not just a legal one but a moral one. What is more important here? To make a political point or to save lives?”

“This is nothing short of tragic and shameful. It can only mean that we have completely lost our humanity – as a people and a union of States that supposedly upholds the values of solidarity, respect for human rights and human dignity,” Integra Foundation director Maria Pisani said on behalf of all the organisations. 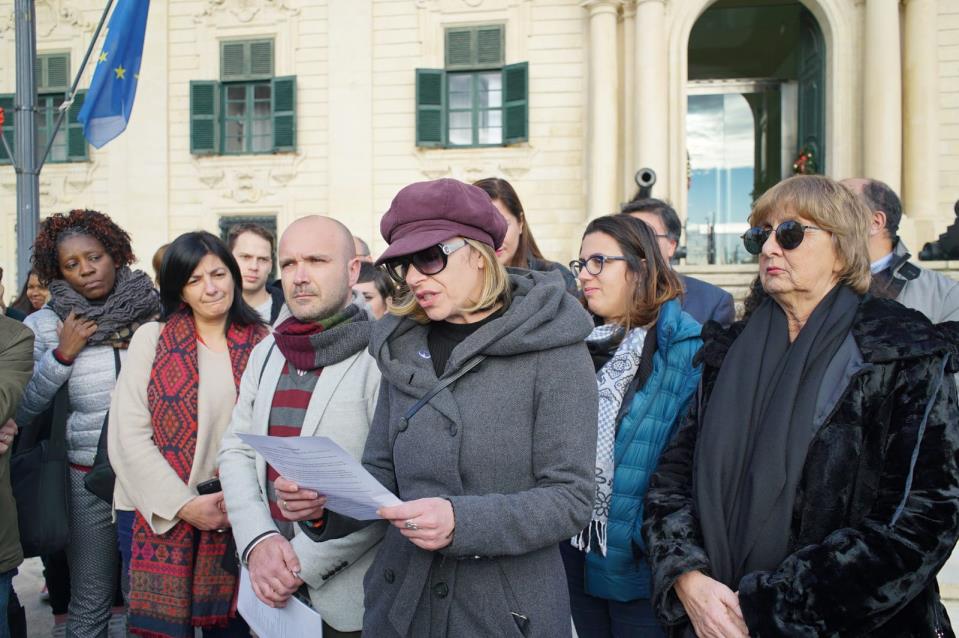 Pope Francis on Sunday issued an appeal for effective solidarity by European governments with 49 migrants stranded on two ships which are sheltering from rough seas off Malta. In remarks following the Angelus at St Peter’s Square, Pope Francis said: “49 persons rescued from the Mediterranean Sea have been aboard two NGO ships for several days, seeking harbour for disembarkation. I urgently appeal to European leaders to show concrete solidarity with these people.”

The Maltese Bishops Conference i.e. Archbishop Charles Scicluna, Auxiliary Bishop Joseph Galea Curmi and Gozo Bishop Mario Grech, wrote to the  Commission of the Bishops’ Conferences of the European Union, urging European bishops to insist with their governments on action to help these stranded migrants.

The letter said, “Ironically, as we Catholics were celebrating the birth of Our Lord who was rejected at birth, a group of 32 migrants was refused shelter by Europe after being rescued at sea off Libya. They have now been out at sea on a rescue vessel for no less than 13 days, only being allowed to enter Maltese territorial waters yesterday, Wednesday 2nd January, to shelter from a storm.
“A second group of 17 migrants rescued by another NGO vessel has been stranded at sea for five days,” the bishops wrote.   “One can only imagine the added suffering endured by those men, women and children, whose only ‘fault’ is that of fleeing a cruel environment in hope for a better life, one which respects the human dignity we Catholics and Europeans strongly promote as one of our fundamental values.  This situation, which is now in desperate need of action, has prompted us Maltese Bishops to repeatedly appeal to the leaders of our country to express solidarity in a tangible way.” 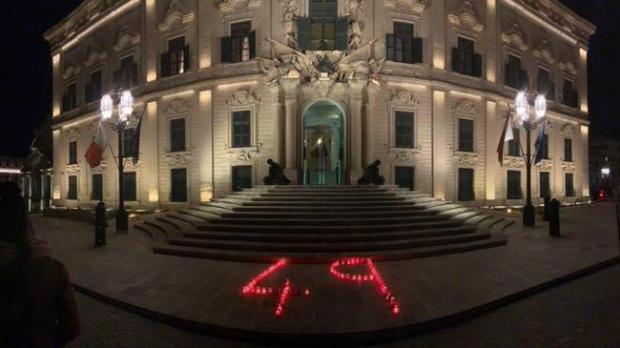 THE STATEMENT BY THE 48 NGOs READS

We are appalled beyond words that, after 18 days of negotiations, 49 men, women and children remain stuck on a boat within sight of the Maltese shore.
In spite of countless calls for solidarity, European Member States have not managed to find a diplomatic solution to the current impasse.

This is nothing short of tragic and shameful. It can only mean that we have completely lost our humanity – as a people and a union of states that supposedly upholds the values of solidarity, respect for human rights and human dignity.

We acknowledge the complex issues this situation raises, and agree that it is a European challenge requiring a European solution. However, this cannot be an excuse to abdicate our own responsibility, as individuals and as a nation, to save lives at any cost. The duty to save lives is not only a legal but also a moral imperative which can never be subjected to political conditions, such as the availability of concrete offers of relocation or the fear of creating a precedent.
At this point, the question we must answer is simple: what is more important, scoring political points, or saving lives?

For us, the undersigned organisations, there can be only one answer: people are more important.

Today we are here to take a stand for life and dignity. We call on Malta to prioritize life and open its doors today.