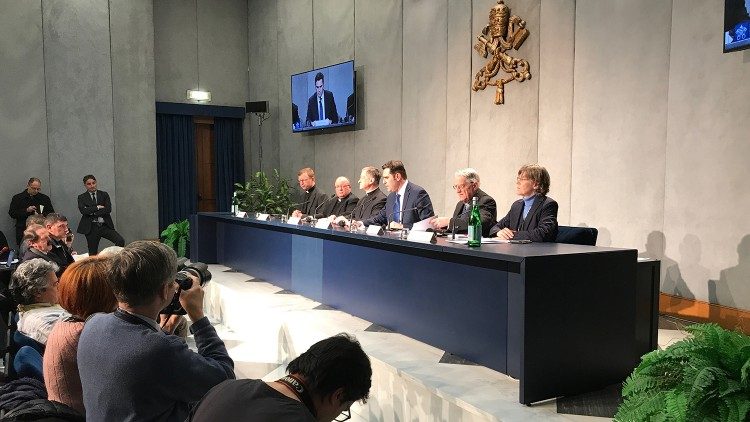 Responsibility, Accountability and Transparency – making the Church the safe place it should be

The “Protection of Minors in the Church” Meeting of Bishops, which will take place in the Vatican, between 21 and 24 February 2019.

Faced with widespread and growing discomfort with revelations of very serious cases of sexual abuse involving members of the clergy, Pope Francis has called a 3-day meeting in the Vatican for Bishops that starts tomorrow the 21st February, 2019. The meeting will discuss the ‘The Protection of Minors in the Church’. The Pope has summoned the highest representatives of the Catholic Church from around the world to give a united response at the universal level. The entire Church must choose to live in solidarity, above all with the victims, with their families and with the ecclesial communities wounded by the scandals. As the Pope has written, ‘If one member suffers, all the members suffer together’. (1 Cor 12:26).

The Church is seeking to send a clear message of its commitment to protect minors, and that this has to be done in a clear and effective manner by the entire community, starting with those in the highest positions of responsibility. More recently, other forms of abuse are coming to light, but all are rooted in the same culture of secrecy, abuse of conscience and abuse of power that are the cancer of clericalism that Pope Francis condemned in his Letter to the People of God issued in August 2018. In it he stated categorically: “to say ‘no’ to abuse is to say an emphatic ‘no’ to clericalism.” Pope Francis has concretely shown his zero tolerance for abuse by even those in the highest ranks within the Church, most recently by defrocking the ex-Cardinal McCarrick.

Indeed, the theme of the meeting starting tomorrow: ‘Responsibility, Accountability and Transparency’ indicates that the main purpose of the meeting is not to create new procedures, but to undertake a fundamental reform of the quality of leadership in the Church through an internal conversion. In his Angelus address on Sunday, Pope Francis asked Catholics to pray for the meeting which he described as “a powerful gesture of pastoral responsibility in the face of an urgent challenge of our time.”

The three days of discussion will be devoted to a specific topic: “Responsibility, Accountability, and Transparency”. The 190 participants present in the Vatican Synod Hall will hear three reports a day, three of these by women, and all nine interventions will be followed by a question and answer session. Members of the Organizing Committee will also meet privately with representatives of the victims and survivors’ associations. There will be testimonies from survivors and moments of prayer, at the beginning and end of each day. Pope Francis will open the Meeting with an introductory speech on Thursday morning, and close it on Sunday with a discourse after Mass. A Penitential Liturgy will take place on Saturday afternoon, and will be broadcast live.

Catholic Voices Malta joins Catholic Voices International and indeed, the Universal Church and all people of good will in praying for Pope Francis, our Archbishop Scicluna who is in the team leading the meeting, and all the participating Bishops. This great moment of trail for the Church can be a turning point for its purification.

Information on the Meeting
The official website of the “Protection of Minors in the Church” Meeting is www.pbc2019.org and will remain active even after the Meeting is over, as a “tool for developing future initiatives”.

The Letter to the People of God by Pope Francis can be found: http://w2.vatican.va/content/francesco/en/letters/2018/documents/papa-francesco_20180820_lettera-popolo-didio.html