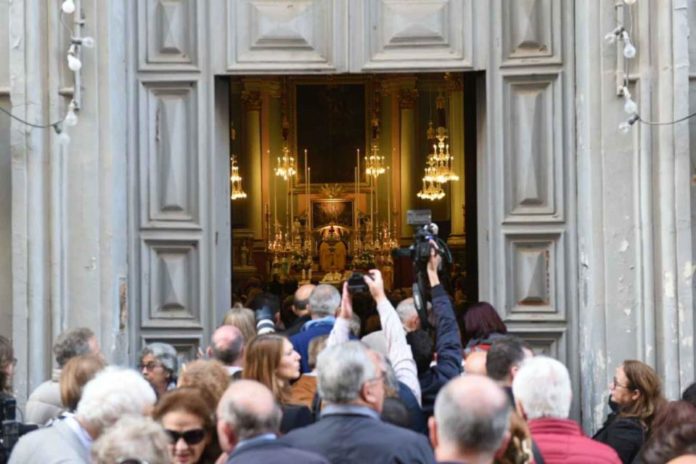 During the past two weeks much has been written about the phenomena of low Sunday mass attendance, what this implies, and possibly who’s to blame. The Humanitarian Association was quick to claim victory for secularism and asserting that Malta is no longer a Catholic country.

While the actions of those who live the Catholic faith are more important that the numbers that go to Church, a proper look at the figures shows a reality quite different of what has been portrayed in general.

The Maltese Archdiocese for the first time, commissioned a Survey to accompany the Census. Some were confused by this and questioned the need. I thought it was well thought. The Census listened to the people coming to Church, the survey sought to listen to the people not coming to Church, equally or possible more important to understand.

Interestingly these results are not very far from a survey carried out by Malta Today around March 2018, that also found that 93.9% of the Maltese population identified themselves as Catholics. The survey then had also found that 88.8% were against the removal from the Constitution of Catholicism as Malta’s official religion and an even stronger majority was against the removal of the crucifix from public buildings such as schools.

Focusing again on the more recent Misco survey, 93% claim that religion is important to them (66% claiming very important), even if simple maths tells us that not all of these attend mass every Sunday with some actually not attending at all.

Evidently the Maltese Church needs some sole searching to understand why so many believe in God, feel Catholic, see their faith as something important, but do not find Sunday mass as relevant in their journey of faith.

Most Catholics find themselves somewhere in between two extremes. Those who for them Sunday mass observance is the start and end of what it means to be a Catholic, just like ticking the box, or having a membership card, to the other extreme, where I noted many online individual comments to these stories seem to come from, that to be a good Catholic one does not have to go to Church. Only 37% state that one must follow a religion if one believes in God, which possibly explains why the census found that only around 40% attended Sunday Mass on census day.

The survey on the other hand also found that 74% actually go to mass at least once a month, with 50% of the respondents claiming to have attended mass the previous Sunday. Here we find a discrepancy between the census and the survey. The census counted 40% while the survey measured 50%. The survey analysis seeks to explain this by making a mention that there is an element of social desirability bias, i.e. people reply what is expected from them as “good” behaviour. While this may be so, there may be a different reason like people who in a month go to Sunday mass more frequency then once, but not necessarily every Sunday, feel justified to place themselves in the category of regular Church goers rather than occasional.

I also found it very strange that despite all that has been reported, officially by the Church, journalists and various commentators, one important figure seems to have been overlooked. 75% of the respondents claimed to pray daily, 44% of these actually claiming to pray several times a day. This is real hope for our nation.

Pope Francis in Evangelii Gaudium starts his Apostolic Exhortation with a fundamental invitation to encounter Jesus in prayer, when he states “I invite all Christians, everywhere, at this very moment, to a renewed personal encounter with Jesus Christ, or at least an openness to letting him encounter them; I ask all of you to do this unfailingly each day. No one should think that this invitation is not meant for him or her, since “no one is excluded from the joy brought by the Lord”. The Lord does not disappoint those who take this risk; whenever we take a step towards Jesus, we come to realize that he is already there, waiting for us with open arms.

Professor Mark Anthony Falzon, an anthropologist, in his observations to the Malta Independent of the 3rd February 2019 enforces the understanding that what we are seeing is no necessarily a decline in religious belief but rather a transformation. I quote, “A caveat is in order here, because while that for Sunday Mass attendance is a relatively straightforward statistic which measures practice (you either go or don’t), that for belief in God is an infinitely more complicated one.” In fact, Professor Falzon claims that we are not looking at a decline in religious belief, but rather a change in what people do with their beliefs – a change in religious practice.

This transformation is understandable within a society which is becoming more individualistic, self-sufficient and too busy, losing touch with the beauty of being family, community and shifting towards social media friends, followers and likes.

So why are people not attending? 20% because they do not agree with what the Church or what the priest say, 12% laziness, 12% lack of time, 10% they see Mass not relevant and 10% simply do not they like going to Church.

Indeed 80% have nothing against the Church by are simply not motivated, they are waiting for the Church to give them a reason to go beyond mere rules of observance. They are looking for meaning, a reason to go, in day which like air above the surface of the water, they struggled to reach after a week drowned in the busyness of work, family life, commitments and whatever, and the last thing they want to go to is a place where they sit, detached from those around them, listening to a ritual of prayers and a homily which they struggle or are to sleepy to follow after a Saturday late night (or early morning for some).

Interestingly in the case of the 16 to 24-years age group, there is even more hope and room for outreach then society wants to make us believe.

Disagreement with the Church or the priest is far less significant at 5%, and the real reason is lack of time at 27% and laziness at 22%, if only as parents they find some sort of encouragement, and in the Church provides them the attention, friendships, fun and answers they look for. This should be what mass is all about after all, a meaningful community of friends, in celebration mode, sharing and expressing a joy that comes from understanding what Jesus did and what Jesus still does for us.

I close with the words of Pope Francis in the more recent Apostolic Exhortation Gaudate et Exsultate, where he says, “Far from being timid, morose, acerbic or melancholy, or putting on a dreary face, the saints are joyful and full of good humour. Though completely realistic, they radiate a positive and hopeful spirit. The Christian life is “joy in the Holy Spirit” (Rom 14:17), for “the necessary result of the love of charity is joy; since every lover rejoices at being united to the beloved… the effect of charity is joy”. Having received the beautiful gift of God’s word, we embrace it “in much affliction, with joy inspired by the Holy Spirit” (1 Thess 1:6). If we allow the Lord to draw us out of our shell and change our lives, then we can do as Saint Paul tells us: “Rejoice in the Lord always; I say it again, rejoice!” (Phil 4:4).

This is what mass should be all about. Then people will come.

Tonio Fenech is a member of Catholic Voices Malta

This article appeared on Tonio Fenech’s Blogg on Newsbook on the 6th February 2019 https://www.newsbook.com.mt/blogg/2019/02/06/reality-check-for-low-sunday-mass-attendance/?lang=en